Rio Grande Fence Co. of Nashville was founded in 1958 and is celebrating its 60th Anniversary this year. From its Alabama beginnings to today's large scale commercial and industrial operation, a lot has changed in this company, but a lot has stayed the same.

Michael Smith, second generation owner and President/CEO, began in the industry at an early age working for his father and RGF founder, Lee Roy Smith. Growing up helping around the family business, he felt like he was a part of it before he knew it. He became the "inside guy" for his dad and felt special when his father asked his opinion. His status was tested when he decided to switch the company from residential/commercial to exclusively commercial. After the best year the company had seen, his father smiled and told him, "well, you proved your point."

When asked what he was most proud of over the years, Mr. Smith, could have easily cited large jobs like Hemlock Semiconductor or work for the Tennessee Titans, but instead, he spoke of his people, "It's so rewarding to see how our younger employees have grown in the company and what it's done for them. They've done a great job for us over the years and have prospered personally and professionally. It's great to see."

Like his son, COO Derek Smith, lots of the employees at RGF started early in the industry and returned after college.

"I've seen a lot of workers grow up like family. I feel like they are part of the family. There is so much trust when you have a track record with someone like that."

Family is a huge part of RGF. Being a family-owned business, thriving for 60 years and three generations is a rarity, and something they are thankful for and proud of. Mr. Smith is not worried about the company continuing to thrive after he's gone. His son and hopefully grandkids one day will be at the helm. They, like he, take pride in a job well done.

Though the fencing and construction industry may continue to change, one thing is for certain, the RGF family values will remain in how decisions are made to best serve customers. 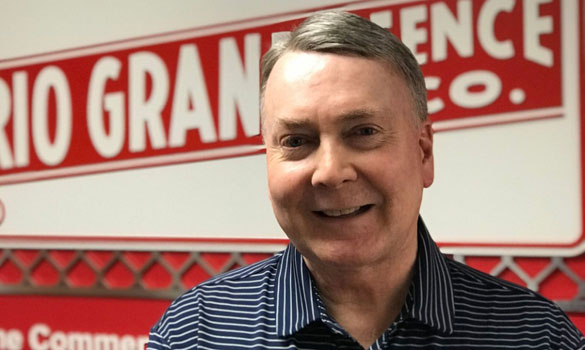