In 1996, the decision was made to stop installing residential jobs to focus our business on commercial, industrial, sports facility, and fence rental projects. Completed projects over the years include Nissan Stadium for the Tennessee Titans, Tennessee Army and Air National Guard Armory, Nashville International Airport, Bridgestone Arena, Purity Dairies, and many other businesses, sports facilities and government projects.

In 1958, armed with $1,500 from the sale of his home in Montgomery, AL, Lee Roy Smith invested everything he and his wife had to start Rio Grande Fence from scratch with his brother, Virgil Smith. The company started out small with only a few crews. During the first year of business, Virgil sold his stake in the business to Lee Roy. Lee Roy Smith grew the business through his dedication to clients and always treating others as he wanted to be treated.

Over the years, the company made the decision to move away from the residential market to concentrate on providing fencing to general contractors, business owners, and government agencies. This decision has enabled the company to give “white-glove treatment” to a more focused clientele and to work on establishing itself as The Commercial Fence Professionals™. After 60 years in business, the company is still owned and operated by the Smith family. Michael Smith (President & 2nd Generation Owner) along with Derek Smith (Chief Operating Officer and 3rd Generation Owner) manage the company. 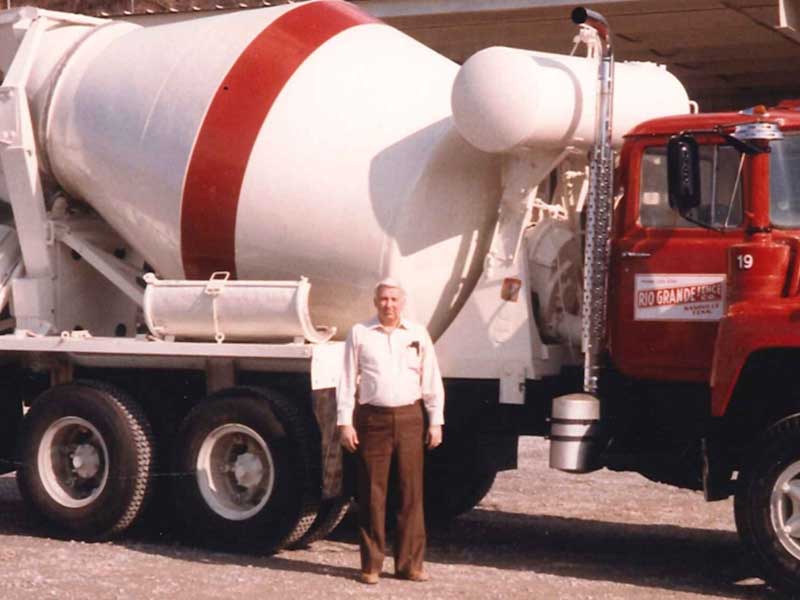 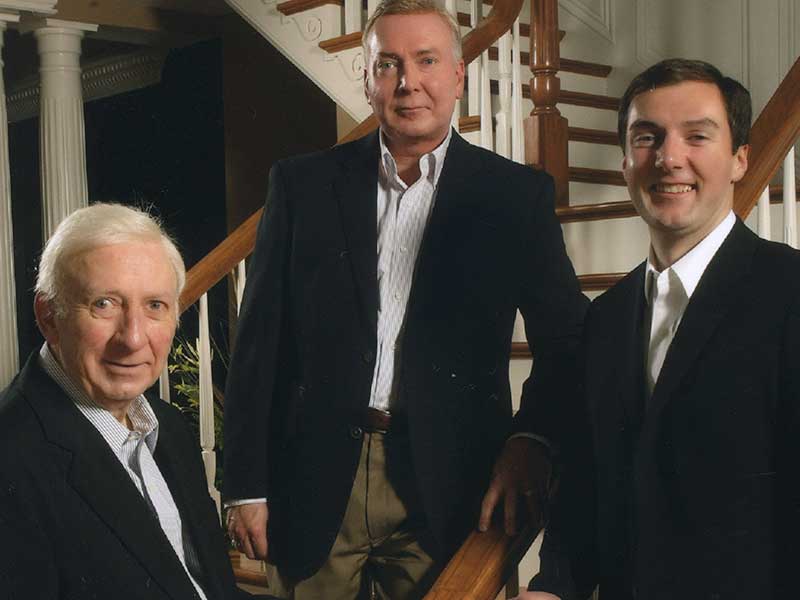 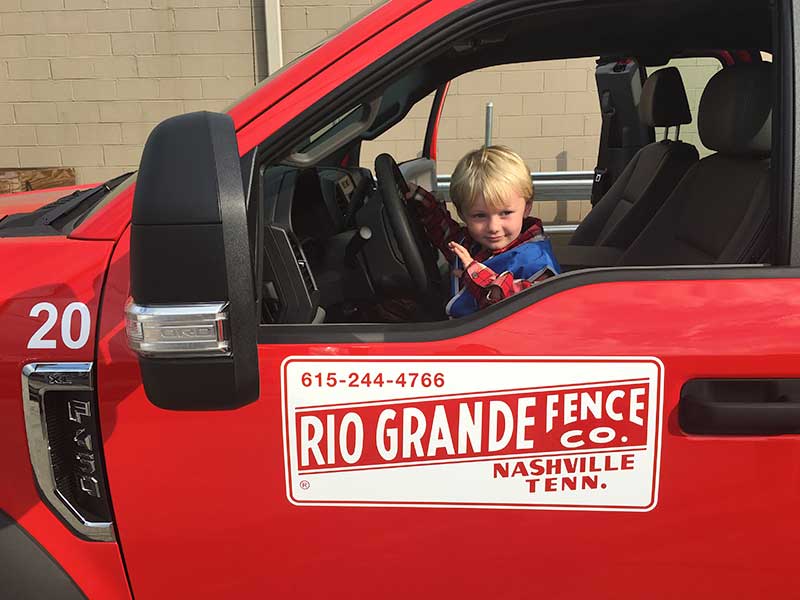 A Tradition of Service Excellence

In 1986, RGF won a contract to build the perimeter security fence at the newly rebranded Nashville International Airport. The fence installation was completed in 1987 to coincide with the new construction of the facility. Rio Grande Fence Co. of Nashville continues to serve BNA to this day with fence, gate and gate operator installations and repairs.

In 1997, RGF was awarded a contract with the NFL’s Tennessee Titans who had just moved to Nashville. Rio Grande Fence Co. of Nashville has served as the official fence contractor for every training camp since the team moved to Tennessee. We have installed and repaired countless projects at Nissan Stadium and St. Thomas Sports Park in the twenty plus years we have served the team.

Hemlock Semiconductor Corporation awarded RGF with a $3,613,428.99 contract to install a full perimeter security solution for their facility in Clarksville, TN. Chain link fence, multiple gates, gate operators and other access control features were part of the project that started in 2009 and wrapped up in 2012.

In 2013, RGF was awarded a $335,952.76 contract for the new Greyhound Bus terminal in Nashville, TN. The project included the Ameristar Montage Commercial fence system with Invincible pickets. The steel ornamental fence system incorporated multiple HySecurity slide gate operators for drive areas and walk gates with access control features were furnished and installed on this project.

In 2016, RGF was awarded a $2,120,266.70 perimeter security fence contract for the Davidson County Sherrif’s Office in Antioch, TN. The project included 12’H galvanized chain link fence with Razor Ribbon, multiple Hy-Security gate operators were deployed and multiple Salley Ports were furnished and installed to provide the highest level of perimeter security to the institutional facility. Another project worth noting from 2016 is the Polaris facility in Madison, AL. RGF was awarded a $256,962.04 contract to install 3,150′ L.F. of 8’H Ameristar Montage Commercial steel ornamental fence. Multiple HySecurity CD-15 gate operators with DC battery back-up units and cantilever slide gates were included in the project. All gates were installed with access controls in mind to keep the facility secure.

Over the last decade, Metro Davidson County (Nashville) has made a number of police precinct upgrades along with the construction of many new facilities. We are proud to have been selected time and time again to provide perimeter security to those who protect our great city of Nashville. 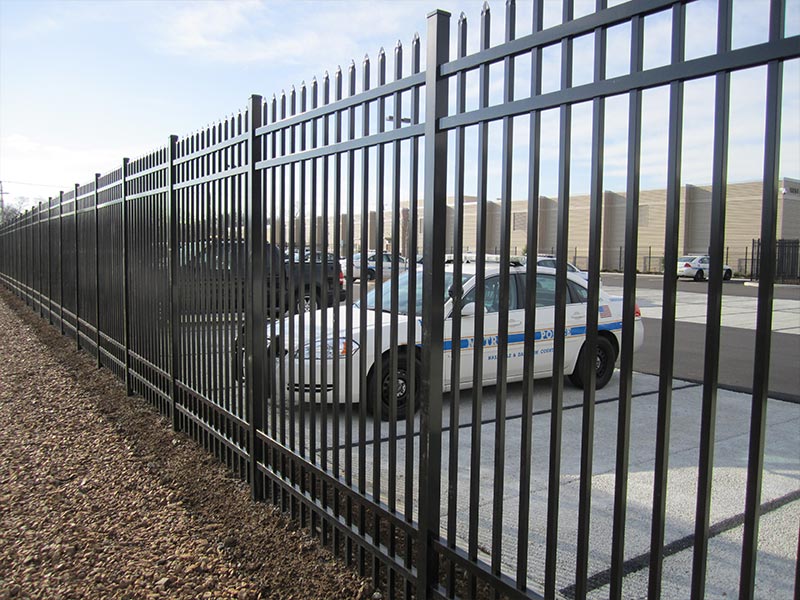 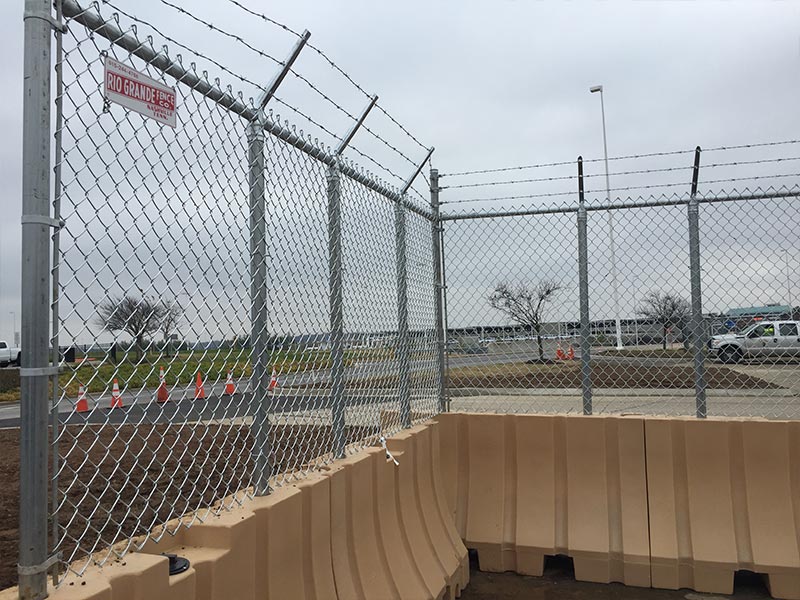 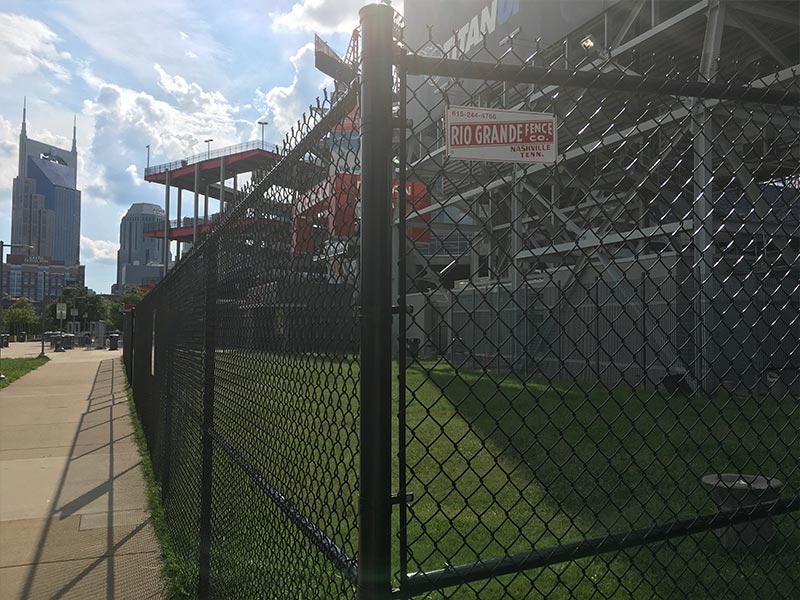 A Tradition of Giving Back to Our Employees & The Community

The tradition of service excellence doesn’t stop with Rio Grande’s customers. In 2014, the decision was made to upgrade our company’s HR department by selecting ADP TotalSource® as our P.E.O. RGF’s high level of service extends to our employees who, through their access to ADP TotalSource®, are empowered to easily personalize their benefits selections, plan for retirement, and monitor their payroll. “A company of any merit that wants its employees to give great service has to give its employees great service,” said Derek Smith, RGF’s Chief Operating Officer. “We wanted to offer our employees high-quality, turnkey solutions so their personal lives were less stressful and their interaction with the human resources department was consistently handled with care. It’s very important to us to give our employees the tools they need to make their lives easier. We wanted to provide them with a benefit package that was the same as the one our family uses. We wanted them to be able to go to top-notch facilities and get great care. After studying several options, we decided to outsource the company’s human resource functions to ADP TotalSource, a professional employer organization that is certified by the U.S. government,” said Smith.

Lee Roy Smith was born on August 27th, 1931 in Iowa Park, TX. After school, he attended the Stamps-Baxter School of Music in Dallas, TX. The school was well known for producing top-level gospel singers and song leaders. One of his favorite jobs in his early years was working as a disc jockey and news reporter for a radio station in Hillsboro, TX. Mr. Smith founded Rio Grande Fence Company in 1958 and served as CEO until 2010 when he passed away from Alzheimer’s Disease. He was a founding member and first president of the Tennessee Chapter of American Fence Association. He held a US patent for a tubular shipping rack used throughout the fencing industry. 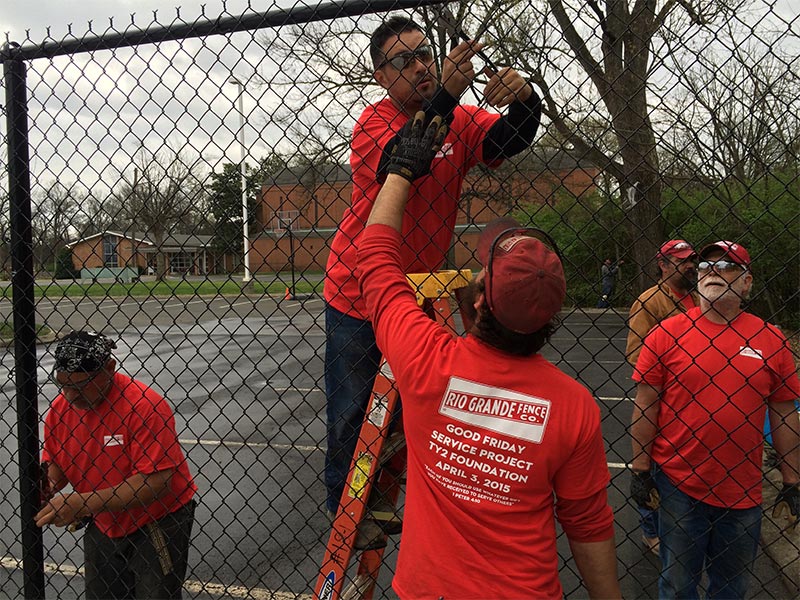 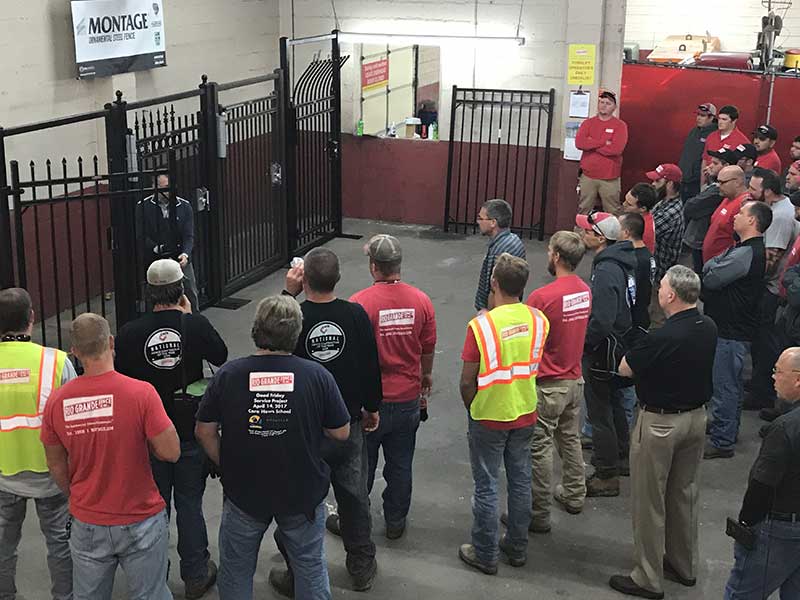 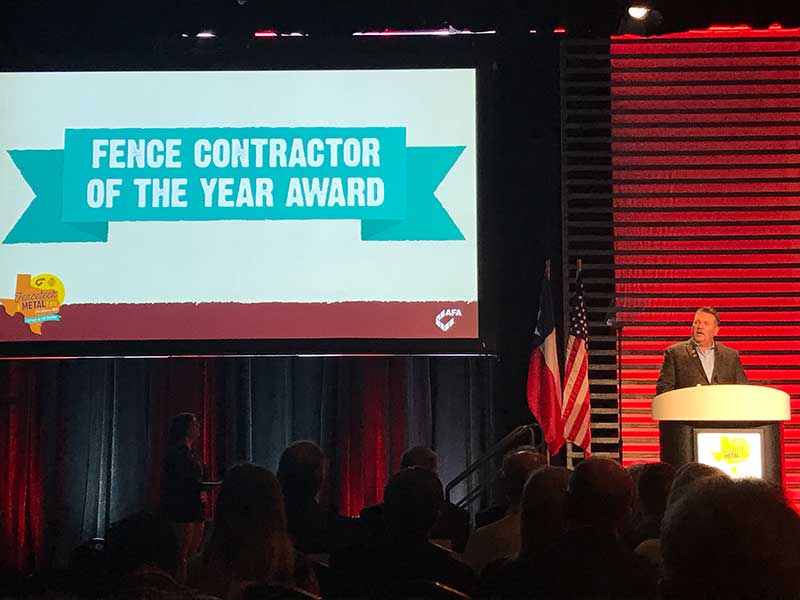 On Founder’s Day, we celebrate those who laid the foundation for where we are today; company co-founders, Lee Roy Smith and his brother Virgil Smith. The annual event, held on or near to Mr. Smith’s birthday, serves as a tribute to the reason we’re all working together. We come together to celebrate our past and our future, and commemorate our founder’s true passions. Our unique spirit of working together to find solutions for our customers and the unparalleled dedication of Rio Grande Fence Co.’s employees live on today. RGF employees enjoy telling some funny stories and sharing some great memories all while sharing a meal together. Our founder’s passion fueled not only the growth of Rio Grande Fence Company, but also the growth of the fence industry. Our founder’s legacy lives on through the following programs;

Our annual Good Friday Service Project provides an enduring, visible tribute to the faith and ideals which Lee Roy Smith strived to achieve in life and business. We believe in demonstrating through our actions the faith and ethics Mr. Smith founded Rio Grande Fence upon in 1958. Our commitment to quality work and service for our clients and in the community translates into our employees’ quality of life. How we operate our business and live our lives testifies to our grounding faith and solid principles that are the bedrock of everything we do. Learn more.

Love for the Fence Industry

Mr. Smith’s ideals still translate to our work every day. The Smith family outfits fence installation crews in top-quality safety gear from brands such as Red Wing Boots, HexArmor Safety Helmets, HexArmor cut and puncture-resistent gloves, etc. The standard applied on every purchase is to outfit our team with the best quality gear to keep our team happy and healthy.

Rio Grande Fence Co. of Nashville prominently displays the phrase, The Commercial Fence Professionals™. We set high standards for our employees as we want to provide the best experience possible in our industry. As a four-time winner of the AFA National Contractor of the Year Award, the phrase is a fitting one.